In 1976, Rev. Jack White from Calburne, Ontario Canada, died for several minutes. During that time, Jack saw the Lord who told him He was going to send him back to form a Christian camping club to minister to the people in campgrounds. Jack told the Lord he didn’t want to go back to the world, that he liked it there with Him. Jesus promised him that when the club got on its feet and started growing well, He would bring Jack back home with Him again. This was the beginning of “Campers for Christ Caravan Club.” 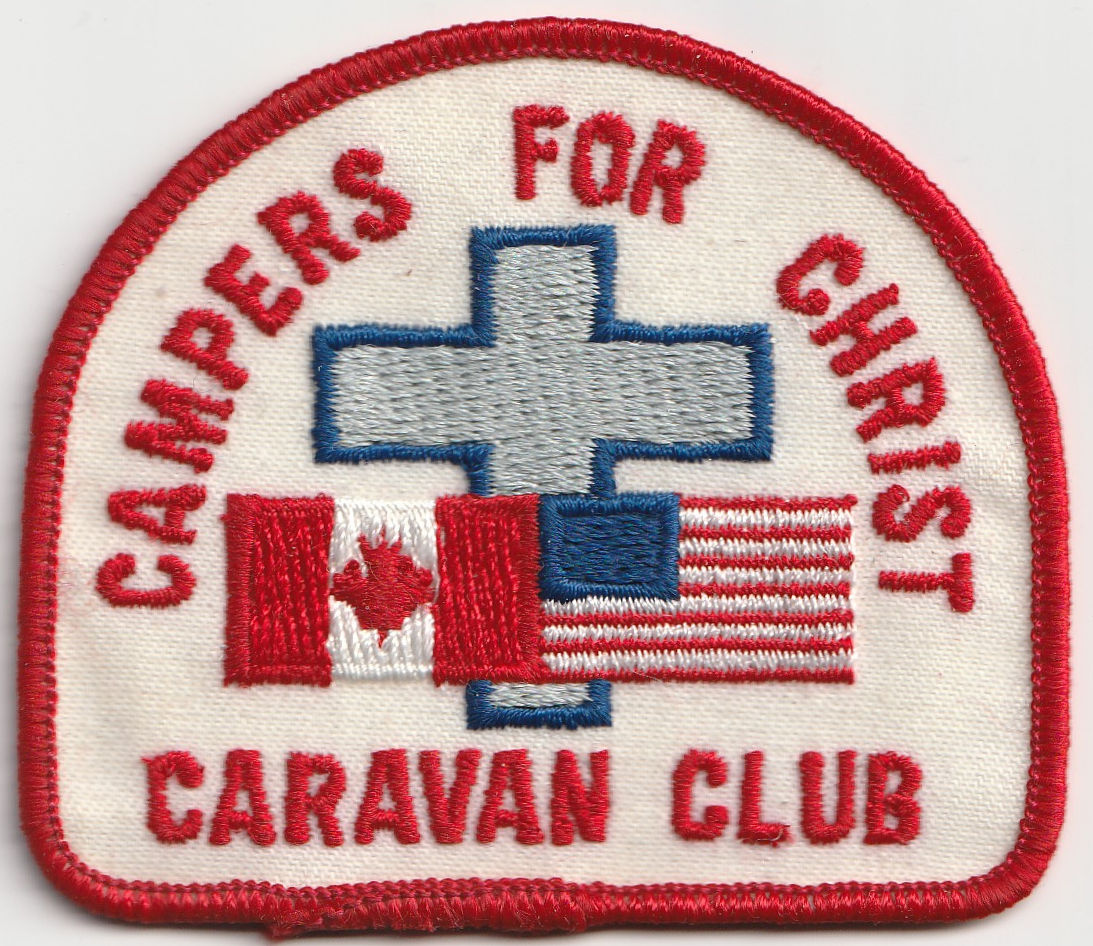 Jack came back (to life) and eventually told Velma, his wife, what the Lord had said about starting the club. He did not tell her about the Lord’s promise to take him back after it started to grow at that time. They contacted some of their friends in the area and got together with them to organize. The caravan club met either monthly or bi-monthly for that first summer at campgrounds nearby. While there, they witnessed to the other campers, fellowshipped, and had services and meals; inviting other campers to come and share the fun. It grew slightly but almost all the members were just from Ontario.

In 1980, while in Florida, Jack met Dick and Chuckie Edwards. They talked about the organization and Jack asked them to introduce Campers For Christ Caravan Club in the USA. Jack put a small article about the club in Trailer Life magazine. They received a modest response from people from both Canada and the United States and began inviting people from the USA to join.

The decision was made to include the U.S. Flag on the club’s logo and shoulder patches. The original patches just had the Canadian Flag. They called the club a caravan club thinking they would caravan together to the meeting places, a common practice in Canada at the time.

The organization was by then firmly established and now growing by leaps and bounds. In October 1985, the Lord took Jack White home to heaven just as He promised. Many folks were joining the club by then and new chapters were forming in both Canada and the USA. Soon the Campers For Christ Caravan Club was incorporated in Massachusetts with a new name, Campers For Christ Ministries®, which it bears today.

Many godly men and women of God have served Campers For Christ (CFC) in leadership through the years. Past CFC Presidents Dick Edwards and Charles Shockley in particular were influential in promoting and encouraging the members to aggressively evangelize and minister at campgrounds in the Name of Jesus and for the glory of God. There have been hundreds of events held in campgrounds everywhere and untold thousands of times when Jesus was shared.

Every kind of campground ministry you can imagine has been done, from campfire devotions to healing and revival meetings where tremendous miracles were witnessed. Campground chaplains have held church services under the trees and in RV Parks in many places. Sharing God’s love has resulted in perhaps hundreds of salvations and healings. That is the real purpose of CFC.

Over the years, CFC has enjoyed membership in the hundreds with dozens of chapters across most of the areas of both Canada and the USA. Some chapters grew large and strong, some not so big, but all was for the glory of God.

At one time there were as many as 1500 members, but as the membership aged and the times changed, the membership dwindled. After non-profit laws changed in Canada, Campers For Christ Ministries, Inc. lost it’s Canadian chapters and recently changed the CFC logo to use the Christian flag in place of the Canadian flag.

At this time, CFC is enjoying a new time of growth again as a younger generation has begun to join. New ideas and new ways of communicating the vision of CFC have begun to have an impact. Slowly CFC is being revived and the expectation is that we will continue to grow and thrive again as we remember that Campers For Christ Ministries was God’s idea.

CFC provides decals for RVs, crests for jackets, and a newsletter we call the “Campground Witness” which is published four times a year. Our organization is not highly structured, we prefer a more informal approach so that everyone can find a place, from those shyest to those most outgoing. We just want to give all who want to proclaim Jesus the opportunity to do so, either quietly in answer to questions about the organization or more active in church services in parks and campgrounds.

(This history is compiled in 2017 from a number of sources with quotes in whole or part. The content was used especially from the work of Brenda Ayres, the CFC Historian for many years before she went to heaven. It was updated in 2022 to reflect current growth and the changes that are always ongoing over time.)

Ask our Senior Chaplain for prayer!